Let’s not beat around the bush. This sassy pal is a little sour. Some even call it tart. But we all know that’s just another way of saying that its flavor is opinionated, right?

I grew up spotting Sumac berries on long bike rides around the twin cities and at state parks throughout Minnesota. I never thought there was anything particularly special about them. They just sort of seemed to hang out along every trail or park my dad took me. And I was never taught to recognize the difference between wild (yet edible) and poisonous berries.

Now I spot them on every otherwise boring drive I take throughout the twin cities metro. Sumac clusters in dense thickets alongside railroad tracks, next to roadways and highway on-ramps, and on the margins of the Minnesota, Mississippi, and St. Croix rivers. It really does seem to grow everywhere — but not without purpose. 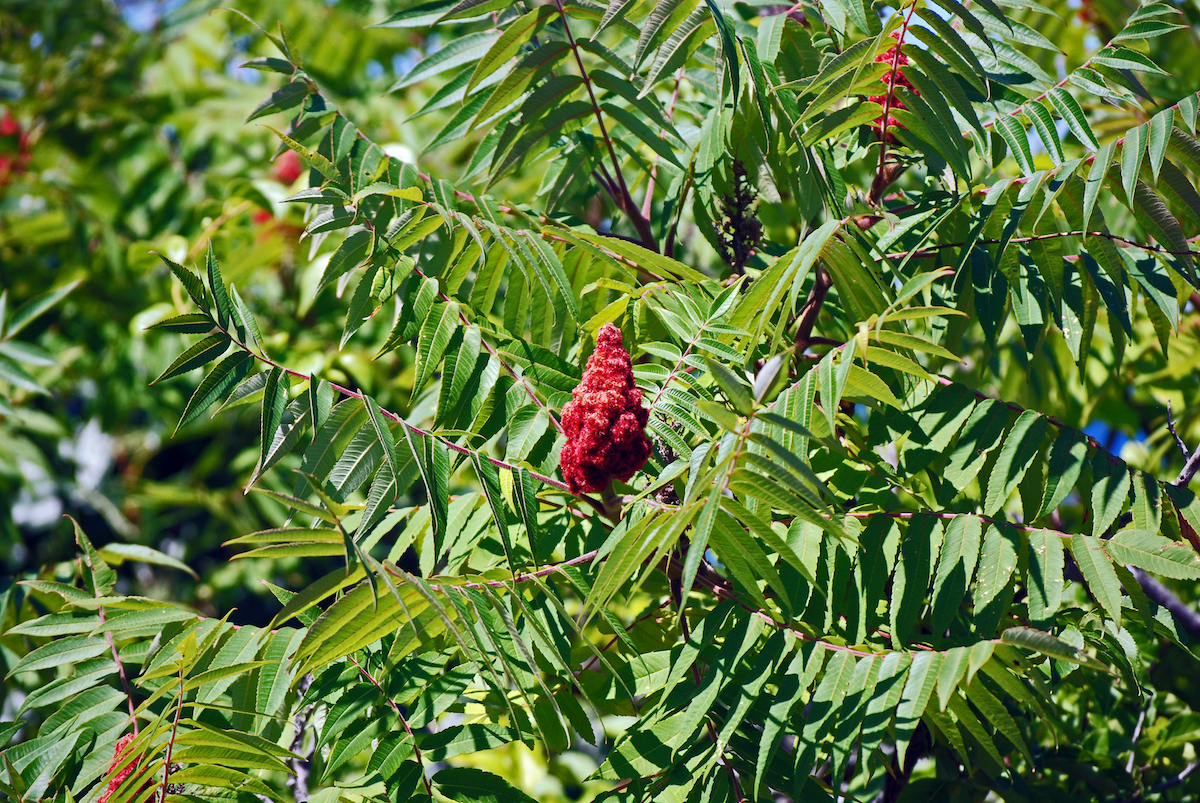 The plant’s dense thickets can thrive on rocky or even aggressively hilly terrain, providing ground cover on what might otherwise be bare, not particularly attractive areas of land. It can stabilize hillsides, and prevent erosion. It tolerates drought and even strong winds.

And its distinctive, pyramidal berries are an attractive source of food for more than 30 types of mammals… Or, in other words, it’s red hot plumes bring all the wildlife to the yard. 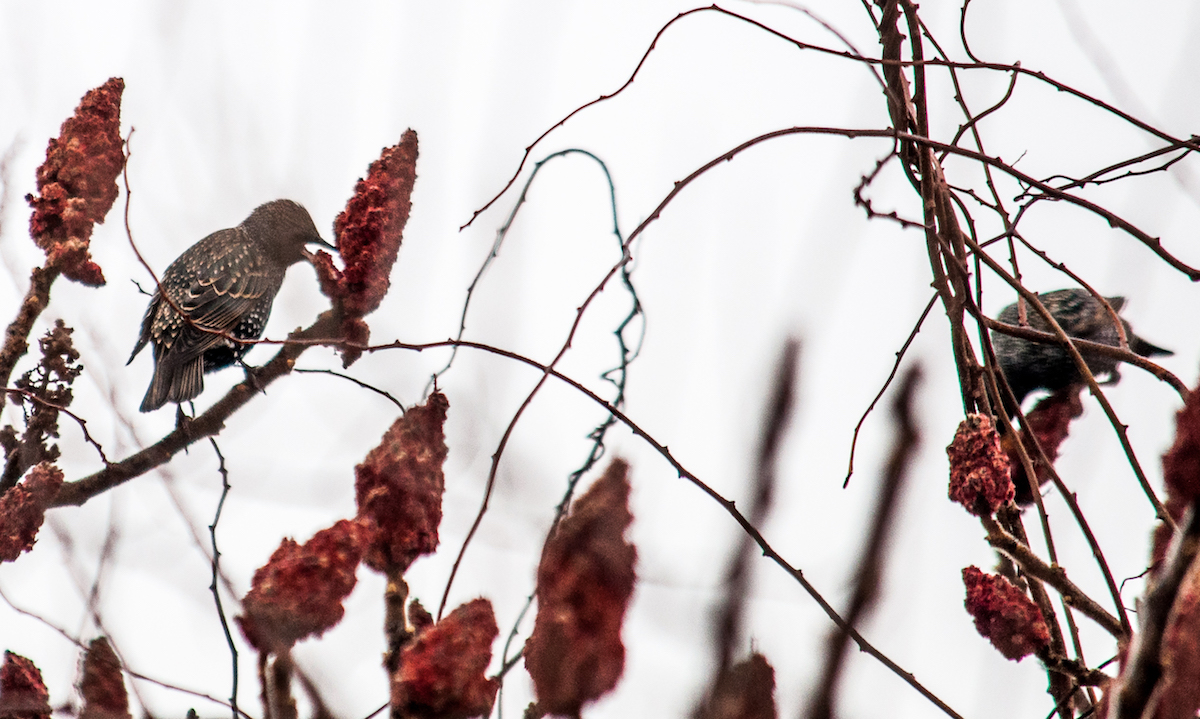 According to the 1985 edition of The Natural History of a Sumac Tree (With an Emphasis on the Entomofauna), Sumac has been used medicinally “since at least ancient Greek times for a variety of cultural practices.” Dioscorides, Pliny, and Theophrastus each wrote of its use — and Pliny in particular noted its usefulness for “healing bruises, wounds, upset stomachs, canker sores … he also mentioned its value for seasoning meats”

There are many different edible varieties of Sumac, but I can’t help but feel particularly amused by staghorn, which gets its name from the velvety fuzz that covers its branches and berries.

In Minnesota, you will also frequently stumble upon smooth sumac – which, as the name suggests, isn’t at all hairy — but can be used just the same.

Resourceful cooks (including the Romans) have been substituting sumac in place of lemons for ages. Its flavor is both citrus and astringent, but also less sour than a lemon. It is warm and earthy, a complex flavor that can’t be found from any other spice.

It is also perhaps among the few wild spices of Minnesota that can be found in specialty herb stores, typically in a Middle Eastern spice mix known as Za’atar. 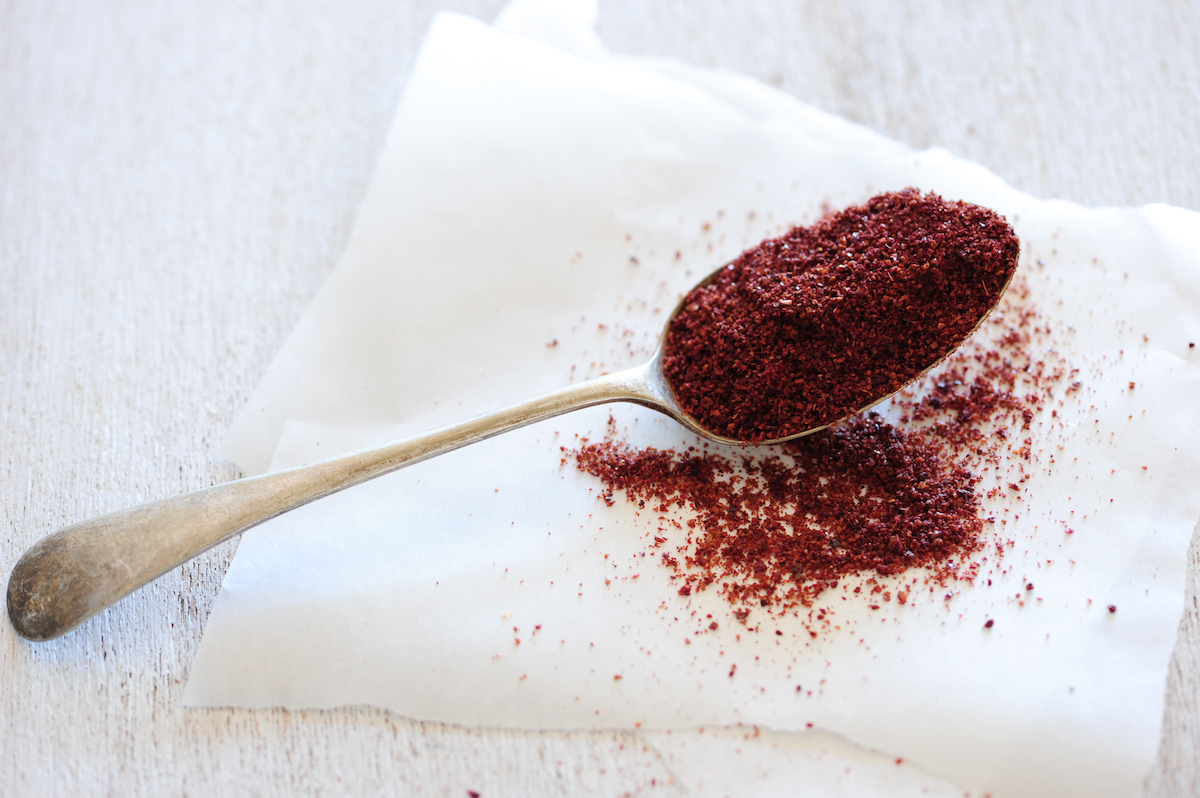 You might meet pretenders out there who caution you from harvesting sumac, or who try scare you with stories of encountering its toxic neighbor, which is known — confusingly — as poison sumac. Don’t listen to them!

While edible and poison sumac share the same name, they don’t share a whole lot else. Edible forms of sumac berries are always red; poison sumac, on the other hand, grows white-ish or pale green berries.

Poison sumac is also limited to growing primarily in the eastern and southeastern portions of the continent. According to Minnesota Wildflowers, it is very rarely likely to be encountered in Minnesota, and only typically in swampy or very wet areas.

These are just a few of the differences — you can learn more by checking out some of the plant identification guides below, from Minnesota Wildflowers and The Friends of the Wildflower Garden.